A Perspective: One of the Greatest Challenges Facing the Cybersecurity Industry

Humanizing cyber space as the convergence of the border-less cyber space and [logical] borders of physical space speeds up at historically unprecedented rate is a terrific challenge that cybersecurity professionals are facing.

Similar to capital flows, the world is flat and border-less as far as data flows are concerned. However, unlike capital flows, data can easily flow with the click of a mouse to anywhere regardless if there is “good” governance or not in the respective sovereign States. As logical borders become irrelevant in cyberspace for human interaction and engagement, human behavior is very likely to adapt to new ways in how we establish trust and authenticity – this is done through “traditional” human senses in physical space (see, feel, hear, smell, and taste). The advancements in technology, and more importantly the adoption and consumption of technology, are already disrupting nearly every aspect of life in every country as we are observing. Leaders from a variety of disciplines, domains, and sectors can either embrace this upcoming reality, or be hindered by the actions, and subsequent reactions, from it. Interactions and engagements through conventional means of communication (e.g., in-person, phone/video calls) where we process emotions through traditional human senses are rapidly shifting to emotionless forms of interactions and engagements, resulting in unforeseen, unprecedented challenges. Many elements of this hypothesis are driven by the differences in behavior we see between generations (i.e., baby boomers, millennials). One of the positive outcomes, however, is that the data is being made available to a growing population across the world. This has resulted in the ability to make better informed decisions for all socio-economic levels (e.g., the fastest route to a friend’s wedding per the GPS application; heart monitor wearables to provide alerts in the event heart rate increases beyond “baseline”; ability to connect a homeowner with a trustworthy, independent general contractor).

The guiding principles for the solution(s) to govern this new operating reality should center around being able to determine 1) what the logical boundaries and frameworks are, and 2) how to apply those logical boundaries and frameworks to align with intellectual, emotional, and the volition of human interaction and engagement in the cyberspace. The various groups and bodies that are brought together should be afforded the flexibility in thinking about bold, provocative ideas as there are no precedents, baselines, or points of reference in history equal to this challenge.  For example, what if all sovereign States were asked to be dissolved to form a “United Nation of Humanity” to align operating principles of cyberspace and physical space? 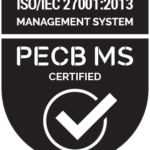 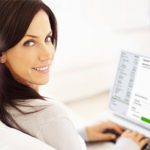 Thought from our President: A small problem with large repercussions
0 Comment 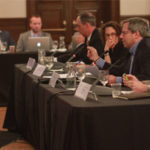